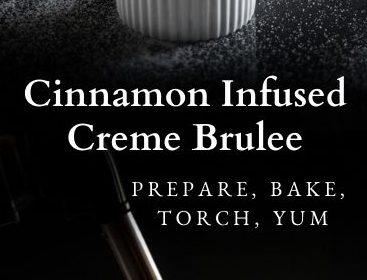 This cinnamon infused creme brulee is an awesome dessert for a special night. Give it a go and impress someone! 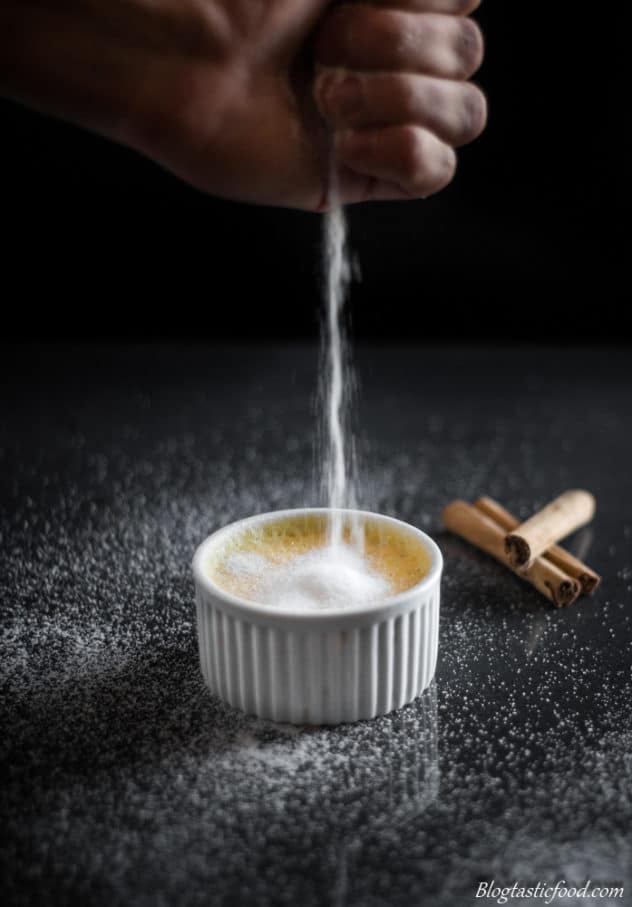 This is probably one of the best creme brulee recipes I have made so far. During my cooking journey, I have seen a number of different ideas for creme brulee dishes. Lot’s of people make the classic vanilla creme brulee, I’ve seen coffee creme brulee, baileys creme brulee, chocolate creme brulee, I have even seen creme brulee cheesecake. What have I chosen to do? I decided to infuse mine with cinnamon. When you eat it, the pleasant, subtle flavour and the scent slowly kicks in and gets your mind working. Causing you to think “hmm, there is something else there”. And sometimes, that effect with food can be super powerful in terms of pleasing peoples palates.

So I infused the milk and cream with a cinnamon stick and a vanilla pod. You could just add ground cinnamon and vanilla extract but to be honest, creme brulee isn’t something you make every day. So when you do make it, you may as well go all out in my opinion. Also, in the past, I have cooked creme brulee with more milk than cream. However, this time, I did a naughty switcharoo, and I decided to amp up the cream for a bit of extra luxuriousness. 😉 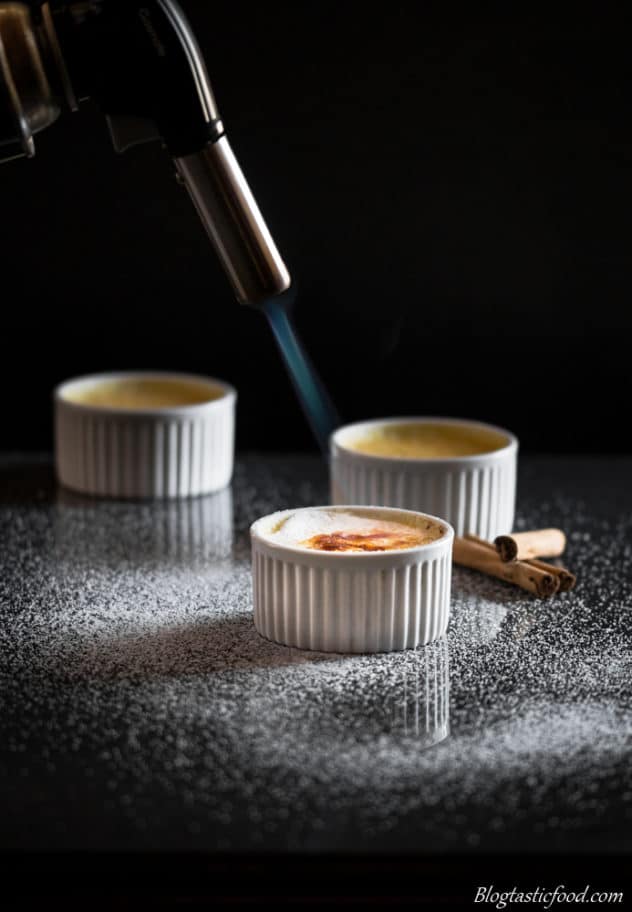 Honestly, even around the time I just started learning how to cook and trust me, I was not a good cook. Slow, messy, hesitant….certainly no MasterChef by any means. Even during that time, although there were a number of dishes I struggled with, creme brulee wasn’t one of them. So if you are anxious about cooking a dessert like this, and you think it’s beyond you. Trust me, it isn’t. Instead of thinking about creme brulee as a super cheffy dish, I prefer to think of it as baking some custard, then flaming some sugar on top of it. 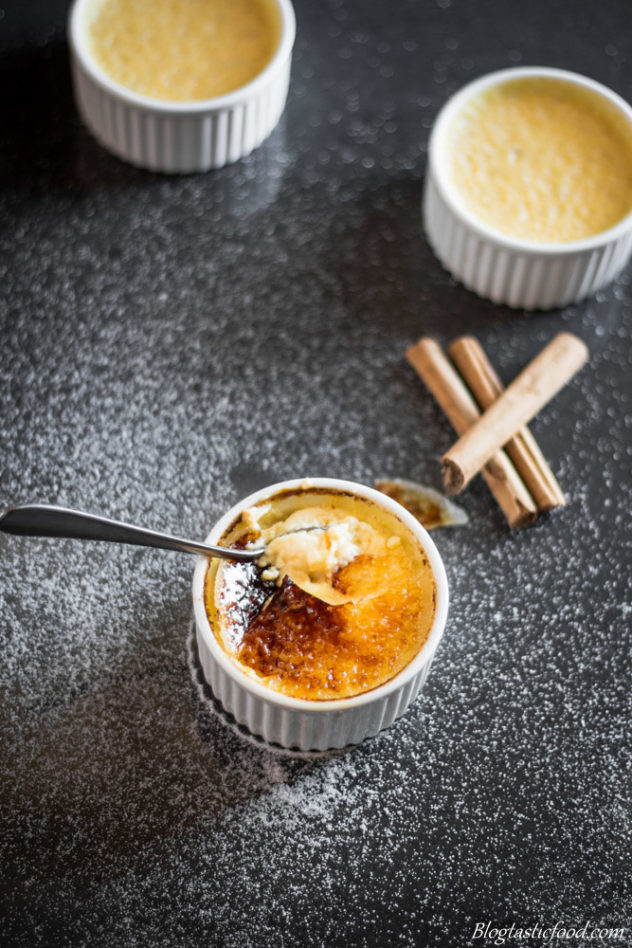 Oh and of course, that is why we all love this dessert so much isn’t it? The flaming bit. What’s really nice is that once you have set your custard, and you’ve got the “hard” part done and dusted. The fun part comes whenever you decide to serve this dish. So you could prepare your baked custards in your ramekins in advance. Which can be a huge stress reliever if you decide to cook this for your guests.

Oh and if you don’t have a blow torch, I recommend that you take the time to buy one. I’ve seen people put the sugar-coated custard under a really hot grill for about a minute, which can achieve the hard, caramel top. However, this will change the texture of the custard, and it can be risky because the custard can get too hot and end up curdling, which you don’t want. So if you are going to make creme brulee, I highly recommend that you make it right.

So, if you haven’t made creme brulee yet, I encourage you to give it a go. I think you’ll find that it’s a lot of fun. Especially if you want to make something for that special someone. And if the recipe confuses you at some point, just watch the video above. Subscribe to the blog to stay updated with the latest recipes, or you can follow me on social media. Thank you so much, love you all and I will send another awesome recipe your way soon. 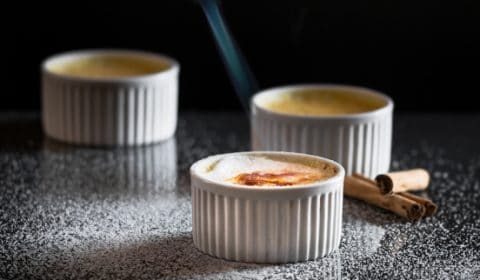 If you enjoyed this creme brulee recipe, take a look at these white chocolate drizzle peanut butter and jam cookies