You are here: Home / Soups and Sauces / The most flavoursome Homemade Turkey Gravy
Jump to Recipe Print Recipe 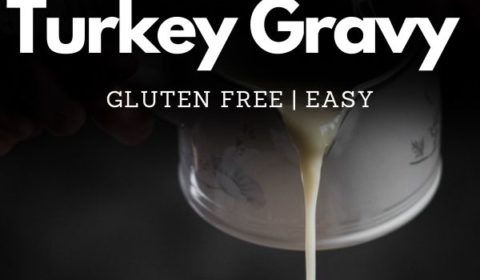 This gluten free, easy homemade turkey gravy is perfect for Christmas, Thanksgiving and plenty of other occasions. And if you don’t have access to turkey drippings or turkey stock, don’t worry, I will show you how you can get the flavour from turkey wings. 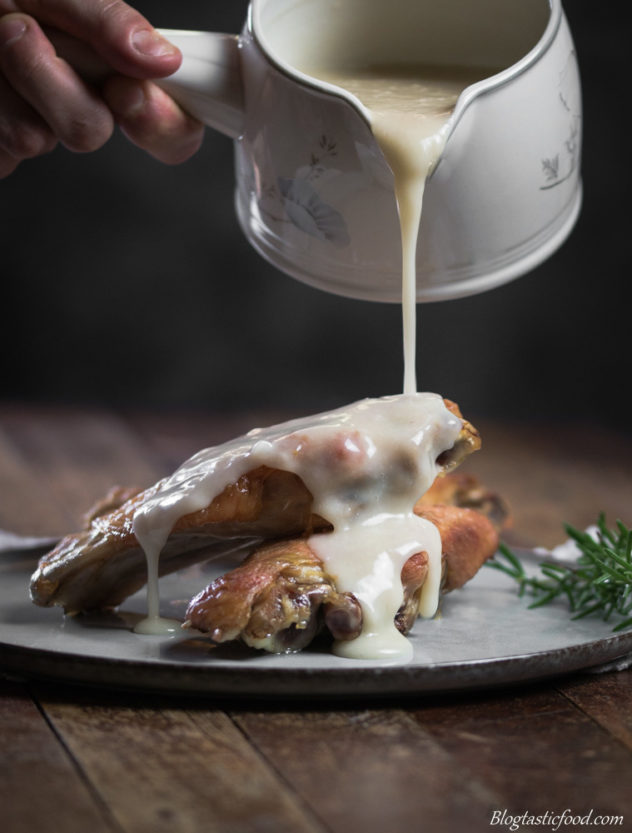 If you want a turkey gravy that requires little effort, and that you can make ahead of time, then this is the gravy for you. Have a look at the video below to see how to make it!

How to make this turkey gravy

I really like to start this process by frying off the turkey wing/s in a pot until I get a nice golden colour on them because I believe that this will end up creating a deeper and more intense turkey flavour.

Then, I like to add some butter and coat the wings in that butter, just to add another element of flavour and richness. 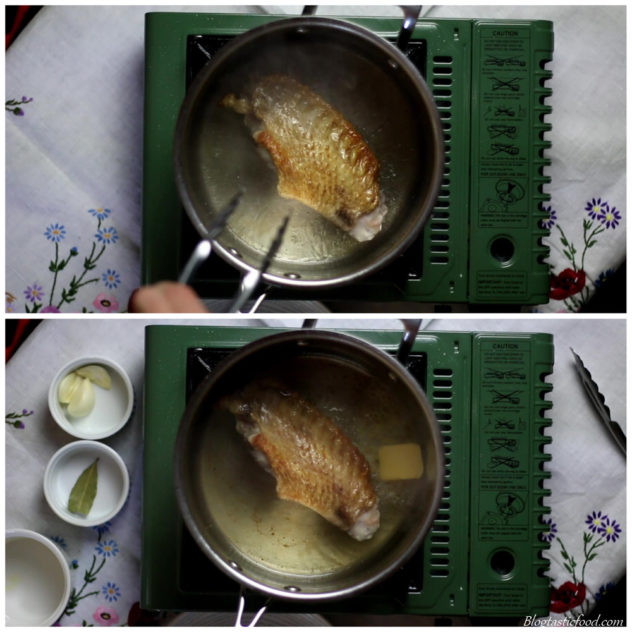 From there, remove the turkey wing/s and then add your herbs and aromatics. In this recipe, I used garlic cloves and bay leaves (stay away from rosemary for something like this because it gives a very strong flavour). Then, add your cornflour and mix through, making sure there are no lumps (feel free to thicken the gravy with regular flour instead, or another gluten free flour/thickener). 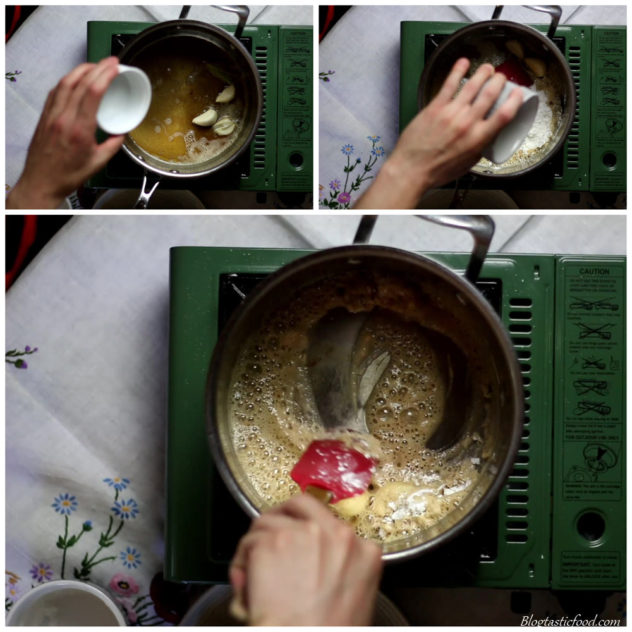 Now, it’s time to add your vegetable stock (if turkey stock is available and/or easily accessible to you, then feel free to use that), place the turkey back in the pot, then simmer the stock for about half an hour. 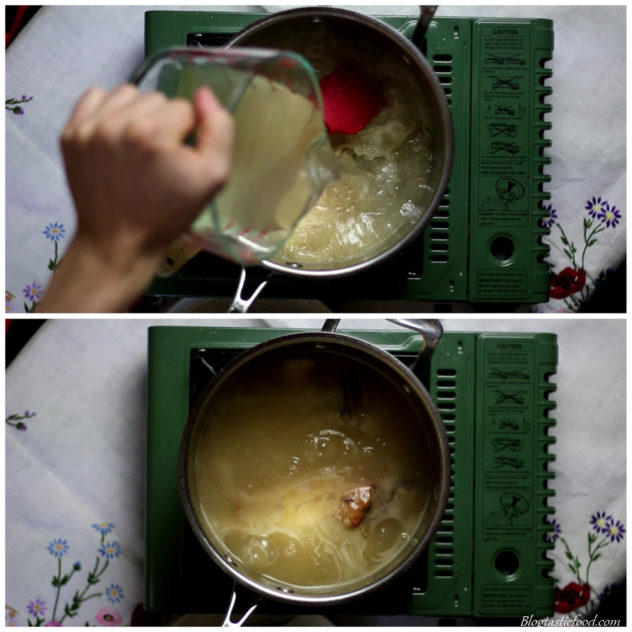 Finally, strain the gravy into a bowl, then add back into the same pot, or just strain it in another pot. Then add your sour cream, whisk through, season the gravy with salt (and pepper if you’d like), and serve when ready! 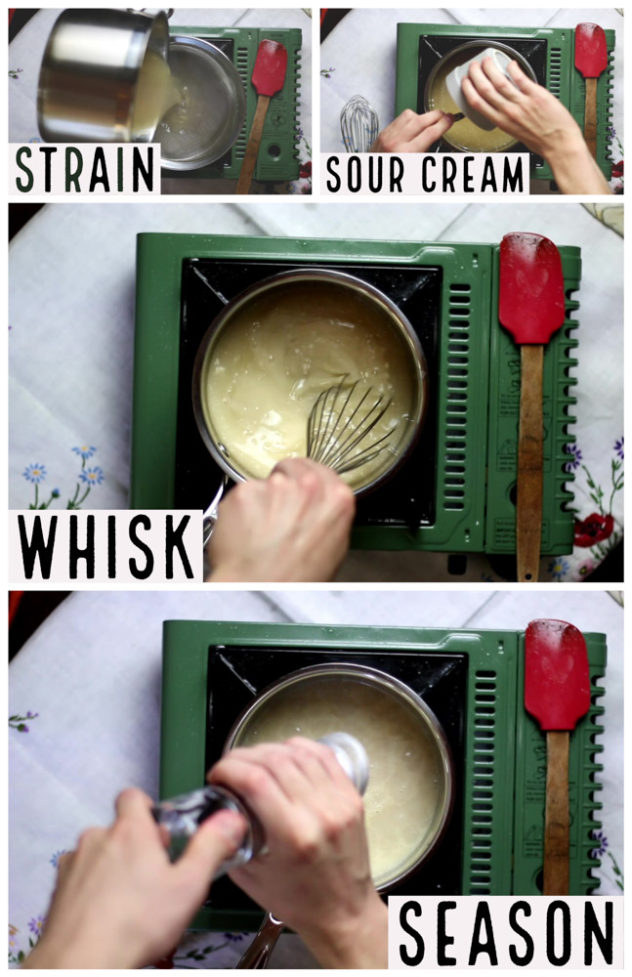 Is this gravy keto friendly?

Here is a wonderful article which was written by Ketovale going over a whole list of different keto friendly thickening agents and there is plenty of information about each of these ingredients. So feel free to substitute one of the ingredients listed in this article with the cornflour in this recipe: Low Carb Thickeners and Cornstarch Substitutes for Keto Diet

Drippings or no drippings?

The turkey drippings are just the juices that come out of a turkey as it’s being cooked, and many turkey gravy recipes call for the drippings, as it will add a fantastic turkey flavour. In this recipe, we’re using turkey wings to add the turkey flavour.

So this recipe doesn’t specifically call for turkey drippings. However, I will say this, if you do happen to be roasting a turkey to serve with this gravy, use the drippings! It will only help to intensify the flavour of your wonderful gravy.

Making this gravy in a quicker period of time

There is some cornflour used in this recipe to help thicken the gravy. However, we are giving the gravy time to simmer so that the flavour from the turkey and aromatics will flavour the gravy, and so that the gravy can reduce and thicken more naturally.

And if you feel like you haven’t added enough cornflour before adding the stock, and you’re in a hurry, just make a slurry and add it to your gravy. To do that, simply add equal quantities of cornstarch and water to a bowl or ramekin, mix together until you get a white paste and then add it to your gravy. 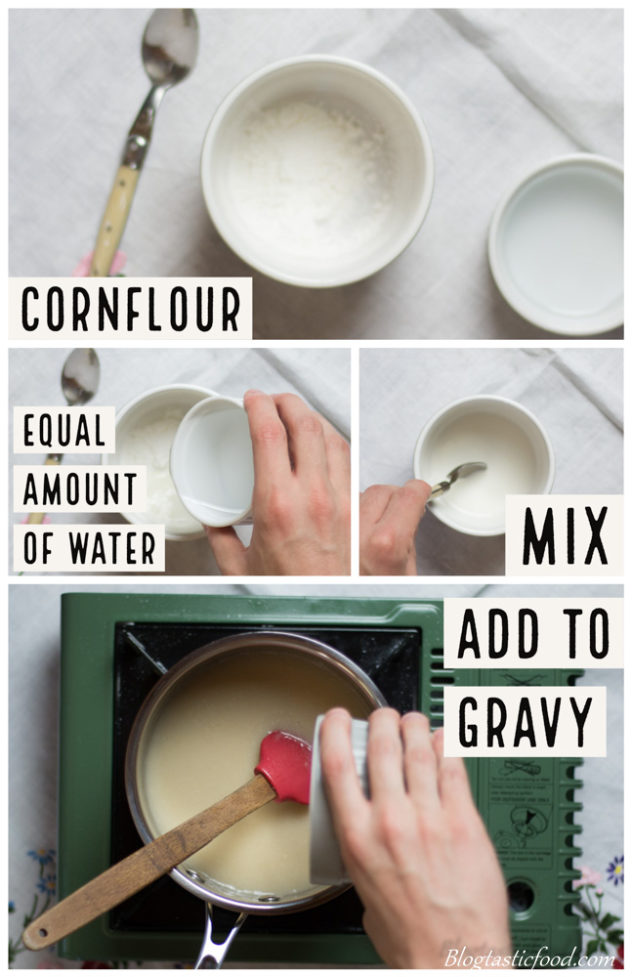 Getting the turkey flavour

We have talked about using the turkey drippings from a roasted turkey, to add the turkey flavour to your gravy, and that if you have it, you should use it. However, the reason turkey drippings aren’t added as an ingredient in this particular recipe is that I don’t want to assume that you’re planning on roasting a whole turkey as you look up this recipe, nor do I want you to roast a whole turkey just to make a gravy.

If you have access to turkey giblets, or if you do plan on roasting a turkey and the giblets come with the turkey, then you can use those giblets. Otherwise, we are going to use turkey wings to add the turkey flavour to our gravy. 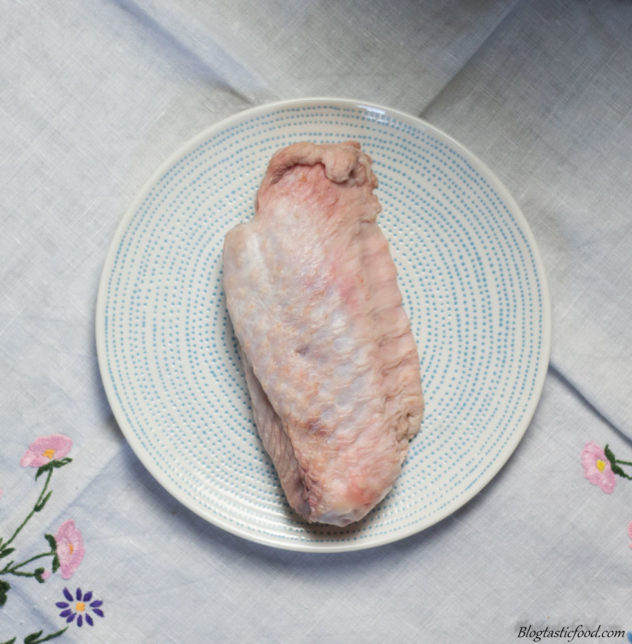 Turkey wings are fantastic because the bones provide so much flavour. So do your absolute best to make the most of them with the time that you have.

How to freeze this gravy

If you would like to make this gravy ahead of time, you can freeze the gravy and use it when ready. And a really easy way to do this is by pouring the gravy into ice cube trays, which look like this. 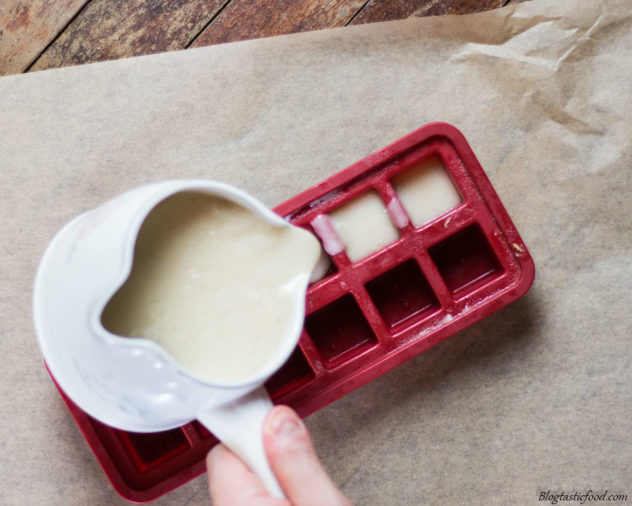 When you store the gravy in these trays, it’s much easier to remove the frozen gravy and transfer it to a pot when you’re ready to heat it up again. And Flexible Silicone Ice Cube Trays are the best kind of trays because they allow you to easily push the frozen cubes out. 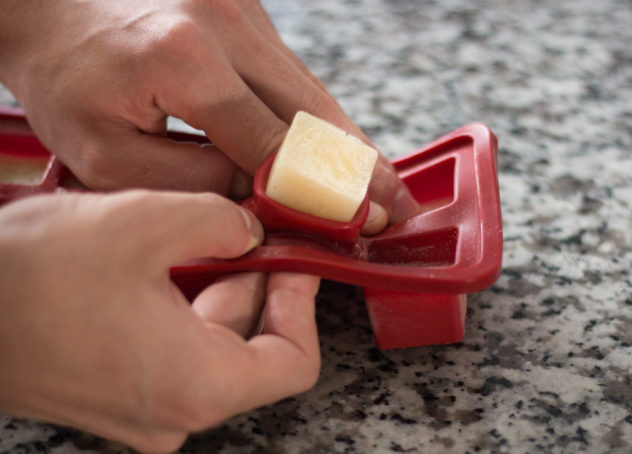 Recipes to serve with this gravy

Obviously, this gravy would be fantastic with a turkey dinner. However, you don’t have to limit yourself, here’s a list of recipes that this turkey gravy would compliment beautifully! (and with the recipe/s that already have a method for gravy in them, you can replace that gravy with this gravy if you wish). 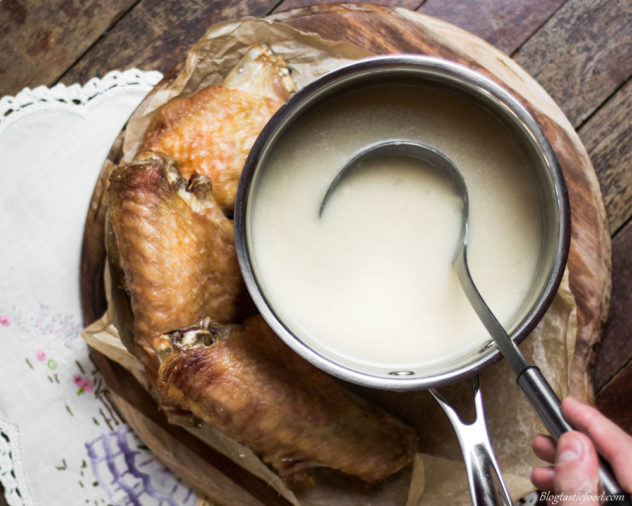 As always, thank you so much for reading this post, I am grateful! If you’d like to subscribe to this blog to stay updated for new recipe posts, then please feel free to do so.

Have an amazing Christmas, or Thanksgiving, or whatever occasion you’re serving this gravy for. Much love to you. 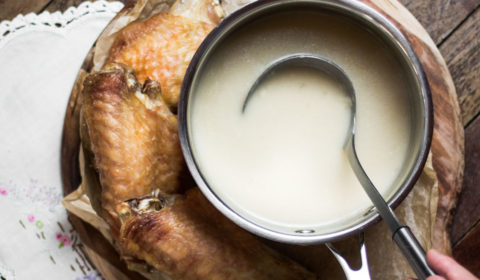