This is for the people who aren’t the brightest cooks but wants to do something special for their SO this Valentine’s day. Very easy, stress-free, delicious tomato spaghetti dish. 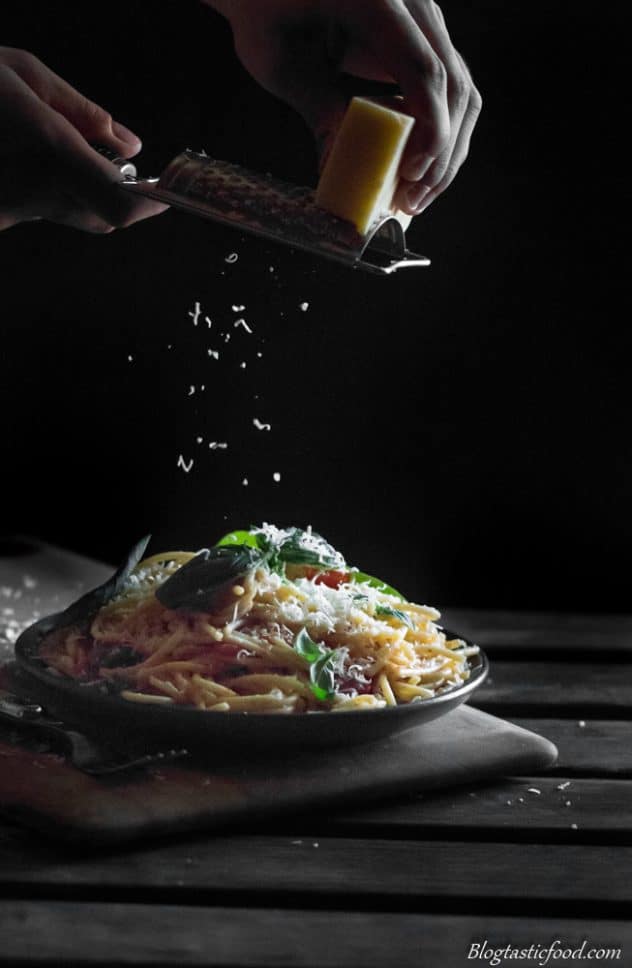 The “hardest” part about this dish is probably boiling the pasta, dead serious. There is nothing really all that technical about this recipe. Give the dish a little bit of love and care, and you should be able to smash out a wonderful pasta dish in about half an hour.

So the goal isn’t to worry about how well cooked the cherry tomatoes are (remember, this is a sauce so it won’t matter), the goal is to to get as much flavour into them as you can so that when the dish comes together, it will end up tasting really good. And it doesn’t really take much to do this, just cook the tomatoes in some salt, garlic, olive oil and dried oregano and you’ll get some great flavour.

After that, you mash the softened cherry tomatoes with a potato masher. This makes the tomatoes release all their juices. 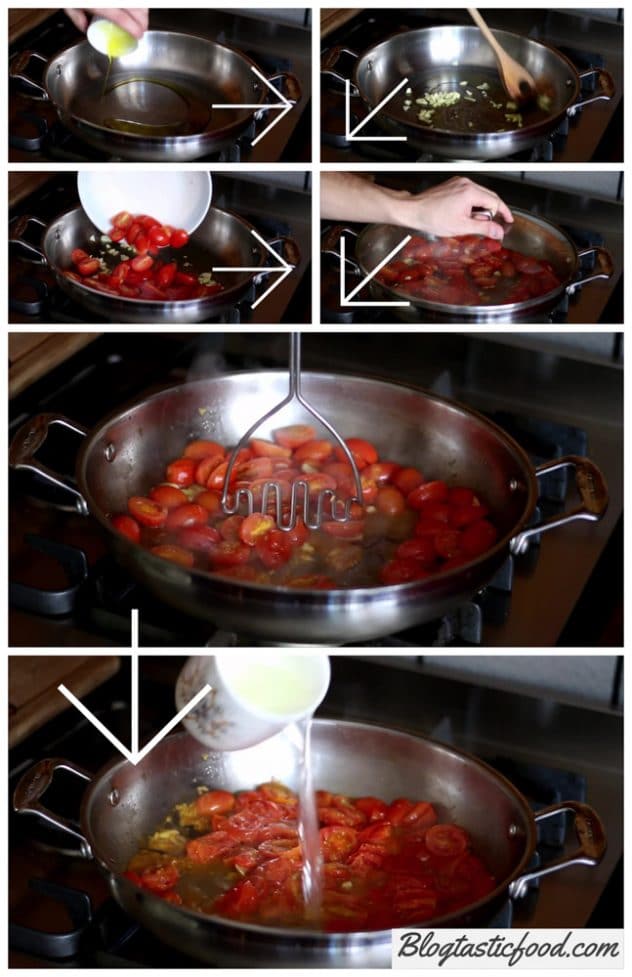 Now, before you do all this, you would have already scooped out some of the pasta water using a cup as the pasta was boiling. You then add that pasta water to the tomatoes, to make it into a sauce. 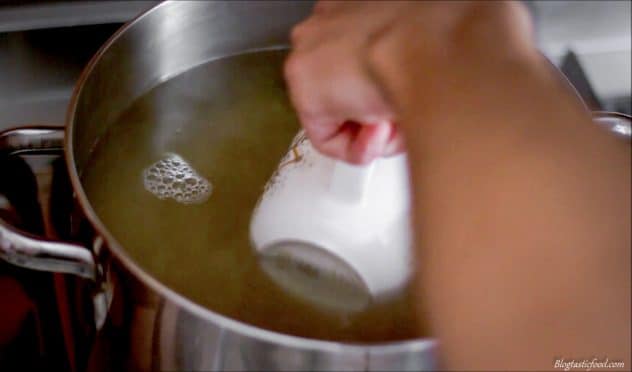 So why pasta water? For two reasons, one it’s salty so it won’t make the sauce go bland. And two, it’s starchy so it won’t allow the sauce to go too thin. You could add stock if you want, but to be honest, using the pasta water is just a great reason not to add another ingredient. And it really does come in handy so since it’s there, you may as well use it. 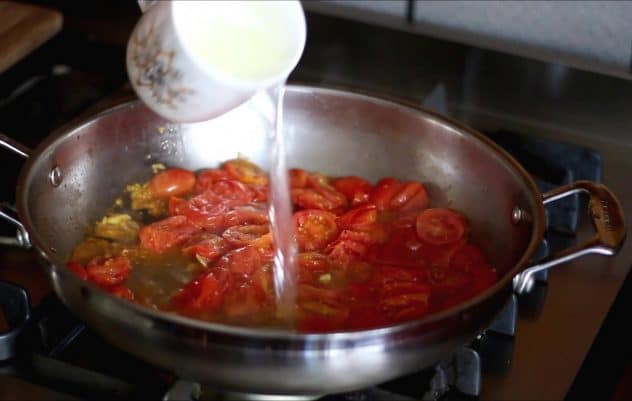 One more thing, I added a touch of sugar. When you cook tomatoes, they can become quite acidic, so whenever I make any kind of tomato sauce or soup, I just add a pinch of sugar to balance out that acidity. 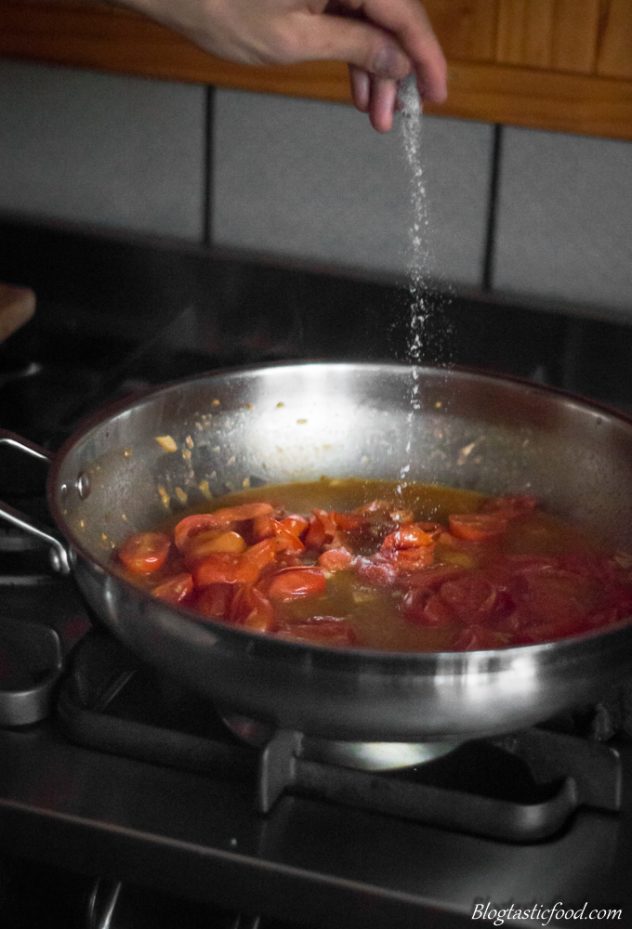 So, why even bother trying to cook your pasta al dente? Simply because the pasta is much more satisfying to eat with that little bit of extra chew. Next time you boil pasta, try eating an al dente string of pasta straight after eating an overcooked string of pasta. You’ll notice how much better it is and that it’s worth the “effort”.

However, in all honesty, it requires 0 effort. It really isn’t that difficult to achieve that al dente texture. Most spaghetti packets say to cook the pasta in boiling salted water for about 10 minutes. All you have to do is cook it for about 8 minutes instead.

Basically, cook the pasta 1-2 minutes less than what the packet instructions say because remember, we still need to mix that pasta through the sauce, so the pasta will still be hot and it will still be cooking. So it will be the slightest bit undercooked when you drain it, but by the time you actually serve the dish, the pasta should be perfectly cooked. 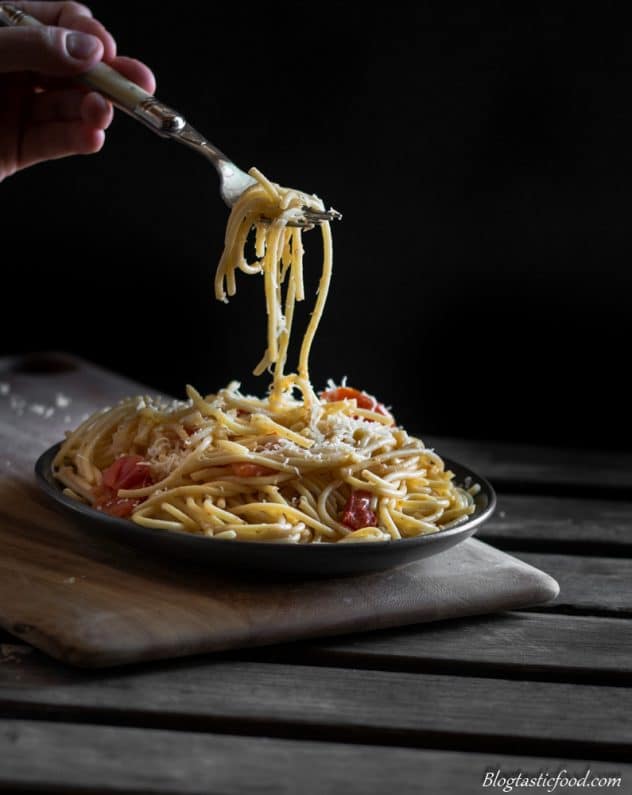 I really hope you are able to make your partner happy this Valentine’s day. If you want to follow me on social media, I am on Facebook, Pinterest, Twitter and Instagram. And if you enjoy this recipe, I ask that you give it a star rating in the recipe box below. 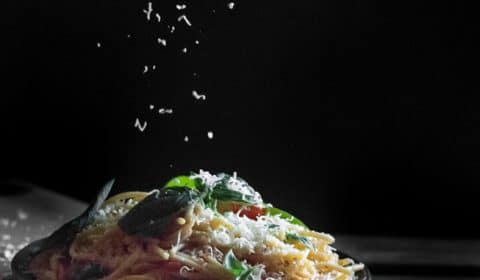 Here are 2 amazing Valentine’s dessert recipes to try as well: 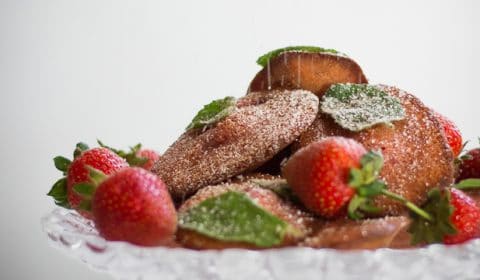 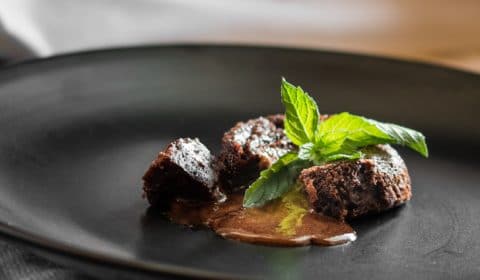