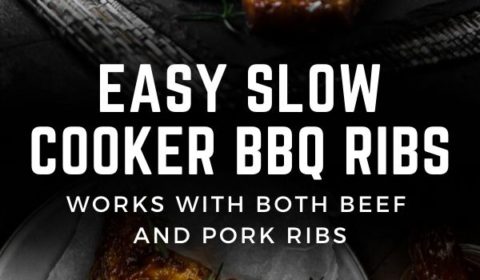 Today, I am going to show you how to make the most delicious bbq pork ribs, cooked in a slow cooker until tender and delicious. I will also go over how to cook an incredible thick bbq sauce, how you can cook these ribs in the oven, some sides that go well with these ribs and if you can use beef instead of pork. 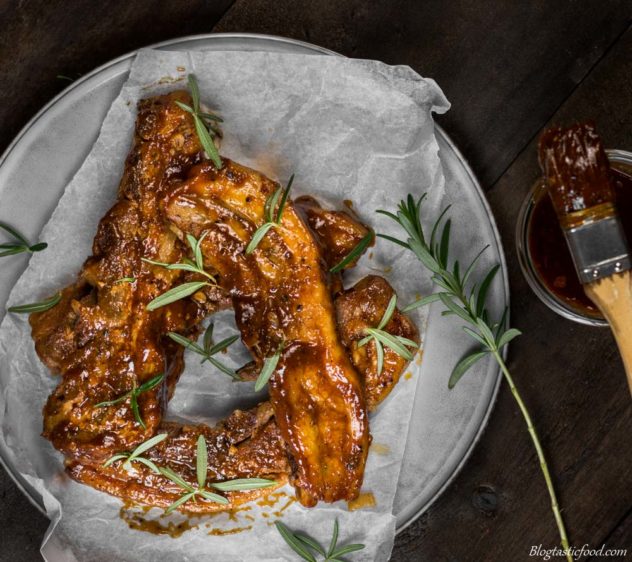 I will never get over the beauty of slow cooker recipes. They require minimal effort and you’re guaranteed an amazing result. And that couldn’t more true about this slow cooker bbq ribs recipe!

Who knew you could end up with amazing ribs with such little labour!

How to make the bbq sauce

So all I did in this particular recipe to make a bbq sauce was mix the tomato ketchup, Dijon mustard, Worcestershire sauce, apple cider vinegar, brown sugar, garlic, smoked paprika, onion powder, black pepper, cayenne pepper and salt together. 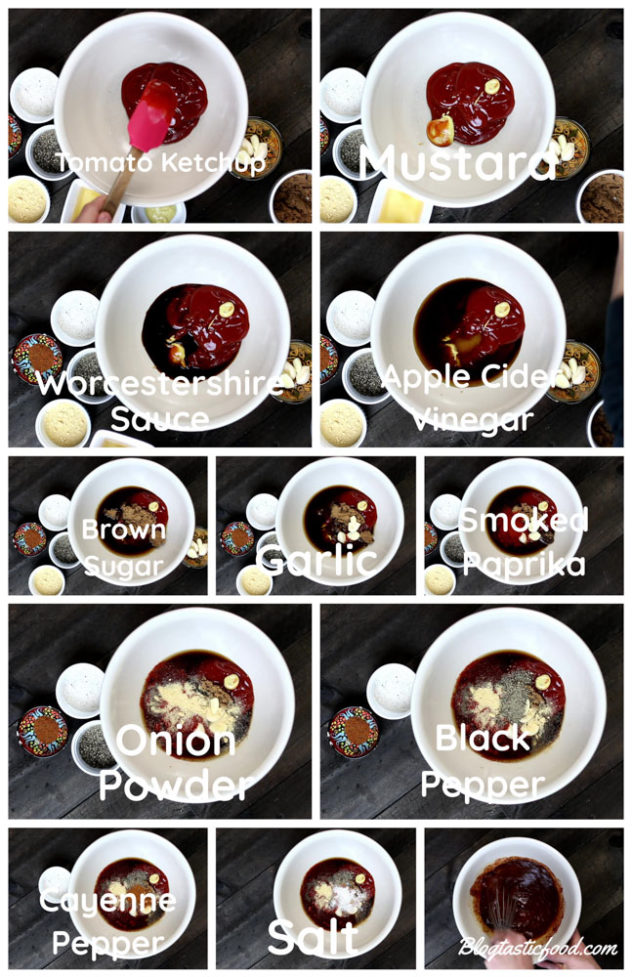 Now is this enough to make a bbq sauce? No, it isn’t, this is just a marinade. You’d have to simmer that marinade down for about 10 minutes until dark and thick in order to achieve a bbq sauce.

However, doing that for this recipe is pointless, because simmering the sauce before you cook it with the meat for 8 hours in a slow cooker is not necessary.

So instead, I found that is was much better to remove the ribs from the slow cooker once they have been cooked, and then pour the remaining juices into a pot. 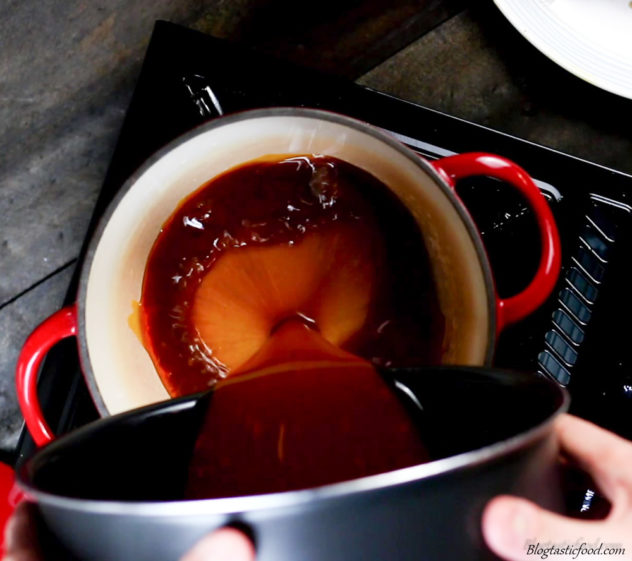 Now, if there is a bit too much excess fat, skim it off with a large spoon. 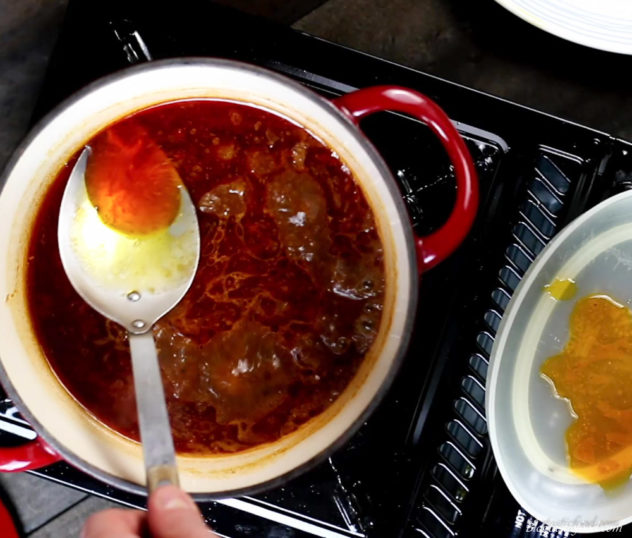 From there, bring to a boil, stir the sauce every 2-3 minutes and let the sauce reduce by half. This should take about 10-15 minutes.

Once the sauce is done, you simply brush or spoon it over your tender ribs. 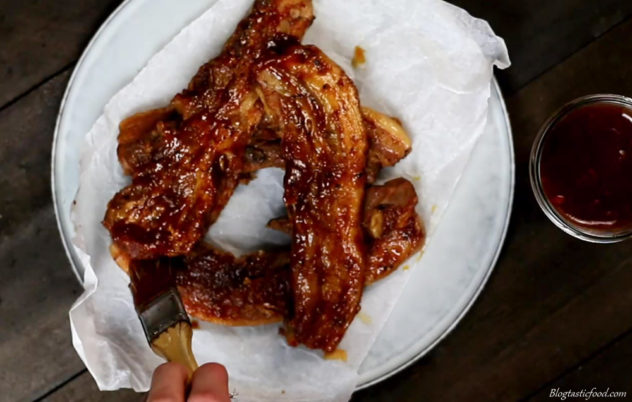 Can you cook these ribs in the oven?

Perhaps you simply do not have enough time to let the ribs cook for 8 hours, or maybe you just don’t have a slow cooker. Whatever the case, the answer is yes, you can absolutely cook the ribs in the oven, but the process is a bit different.

First things first, pre-heat your oven to 160 degrees Celsius (320 degrees F), then make your bbq marinade and then pour only half of it over your ribs.

Then add about 1½ cups of water to a deep tray (the water will prevent the bbq ribs from sticking and burning), add your ribs to the tray, cover the ribs with a lid or with aluminium foil. 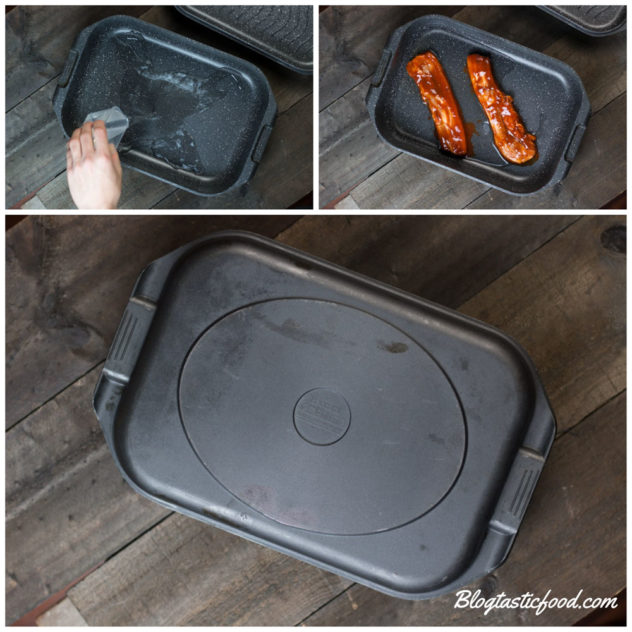 From there, bake the ribs in your pre-heated oven for 1½ hours.

Meanwhile, put the other half of your marinade in a pot, bring that marinade to a boil over a high flame. Once the marinade is boiling, turn the heat down low and then simmer the marinade until it thickens into a wonderful bbq sauce. This will take about 10 minutes. 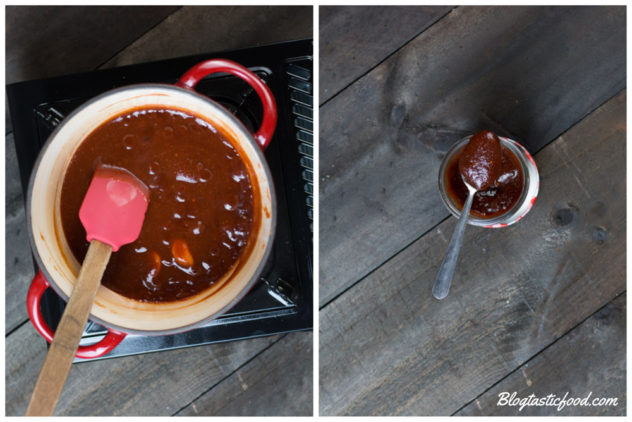 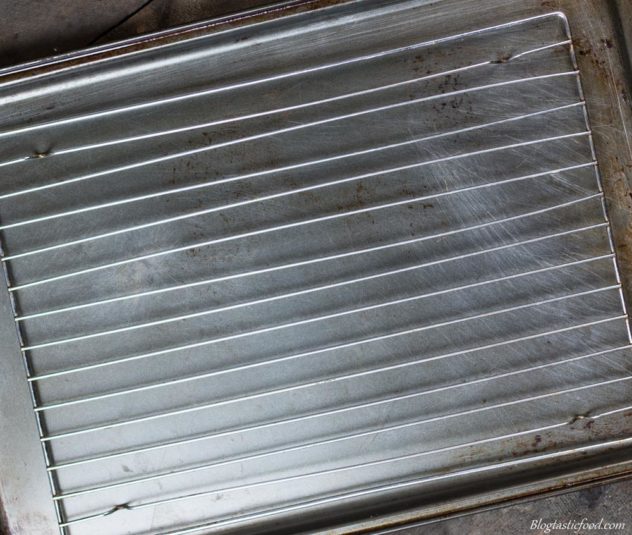 From there, brush the bbq sauce over the ribs, then place them on the wire rack and put them back in the oven for 10 minutes. You can do this again with a second coating if you have enough leftover sauce. 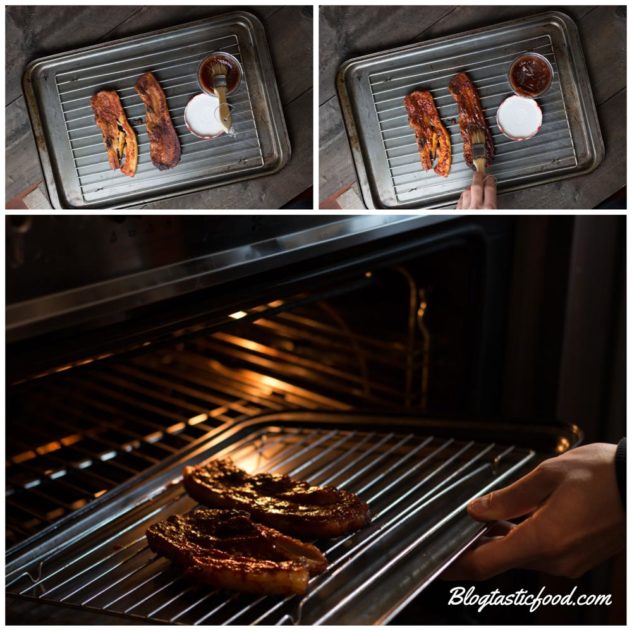 And that is how you cook these ribs in the oven.

What are some good sides for ribs?

Here is a list of sides that will complement the ribs beautifully.

Can I use beef instead of pork?

You bet you can! I tried exactly the same slow cooker process with a beef rib myself and I ended up with a beautiful result! 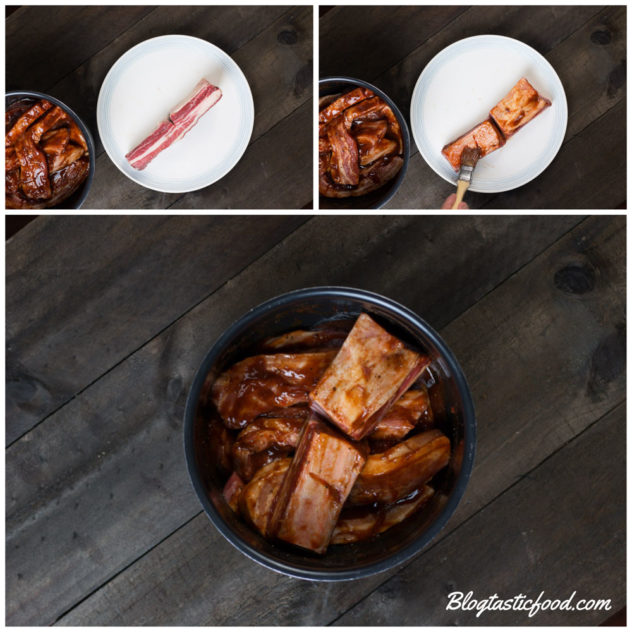 So if you want to try this recipe but you have a set of beef ribs instead of pork ribs, do not fret! They will be amazing!

Do I have to use spare ribs?

Before we move on to the recipe, I would like to just thank you all for reading through my post, I hope you enjoy the recipe. And if you would like to subscribe to my blog to stay updated for a new recipe, and to receive a free recipe e-book. Feel free to do so.

Have an incredible day and I will be posting again soon! 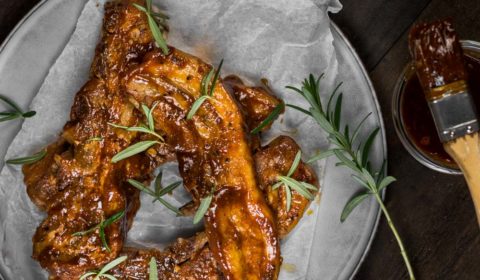 Spare ribs cooked in a slow cooker until lovely and tender. Flavoured with an amazing BBQ sauce.