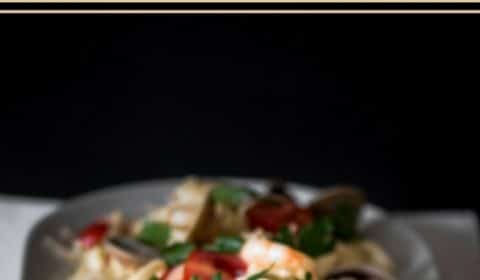 Al dente pasta and seafood make for a beautiful combination of flavours. So there is no good reason not to make this seafood pasta recipe. 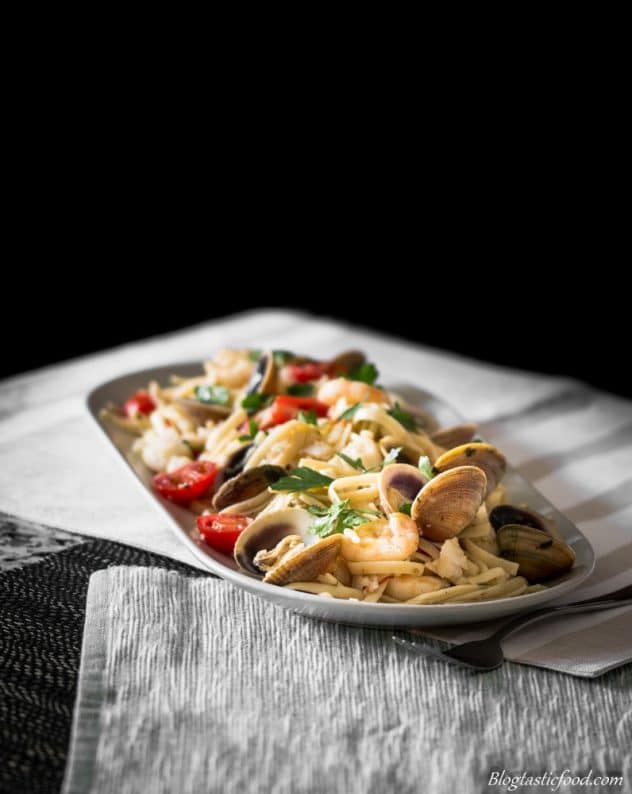 So, a little backstory for making this seafood dish. This was actually supposed to be linguini vongole, but something went wrong. I was in the supermarket looking for my ingredients, and the last thing I needed was clams. So, I went to the fresh seafood section, then I got a bag of fresh clams. When I opened the bag, all of the clams suddenly opened because they were already cooked… Silly me, turns out that I probably should’ve read the back of the packet a bit more carefully instead of just assuming they were raw. 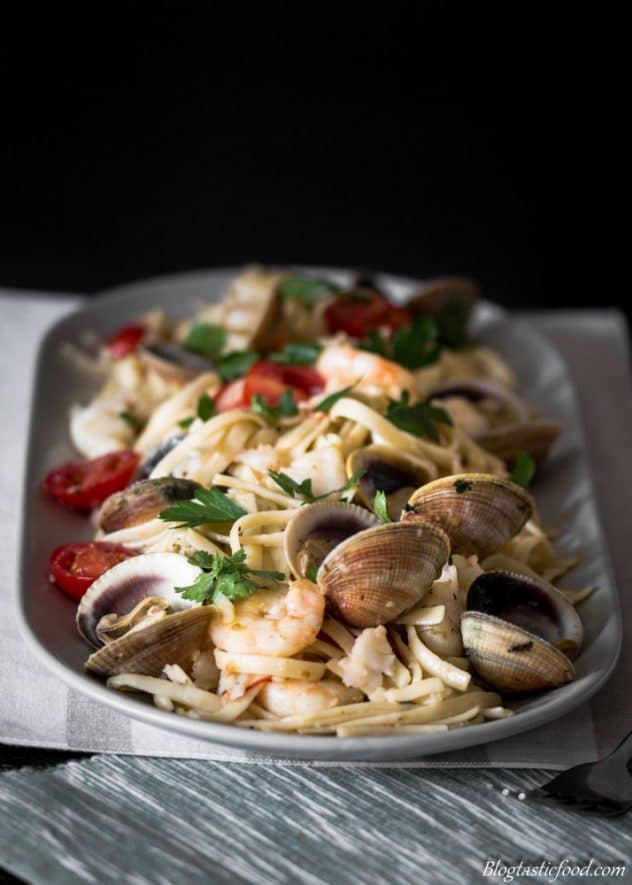 If the clams are cooked then there is pretty much no point in trying to make pasta vongole because you won’t get any of that beautiful flavour from the process of the clams cooking. So after spending some time being frustrated, I decided to compromise. I went through my freezer and scavenged any seafood I could find, then decided to use what I could to make a mixed seafood pasta recipe. And it ended up being really good!!! 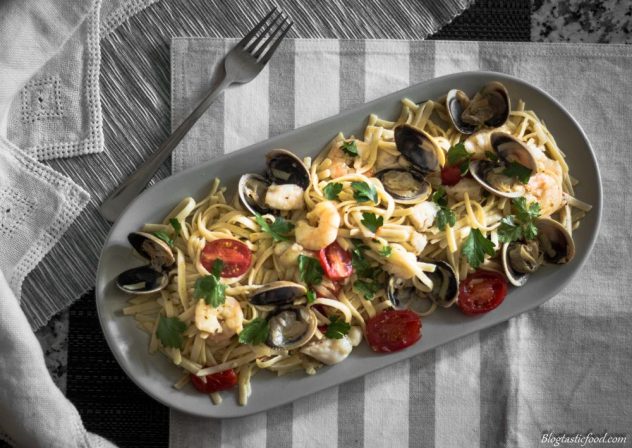 So it’s a bit annoying I wasn’t able to do exactly what I wanted. But I’m happy I was able to make the best of the situation. I used white wine and parsley butter to flavour dish, and as we all know, both go beautifully with seafood. And if you have any leftover seafood in the freezer, this is the perfect recipe to use it for.

Garlic and chilli are both absolute winners in pasta dishes like this. I used a whole seeded chilli which gave quite a kick. So if you’re not about that life, then take out the chilli or maybe just use half. 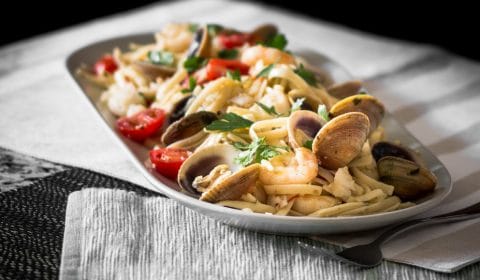 I hope you liked this seafood pasta recipe. If you did, be sure to have a look at this slow cooker beef shredded bolognese!