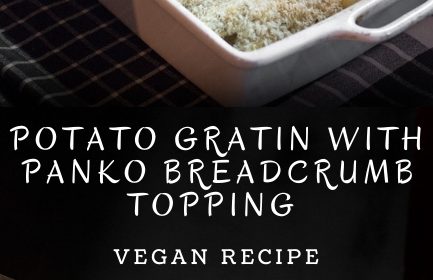 Yes, that’s right, a creamy comforting vegan potato gratin. This dish is easy to prepare and it’s served with the most amazing crunchy panko breadcrumb topping. 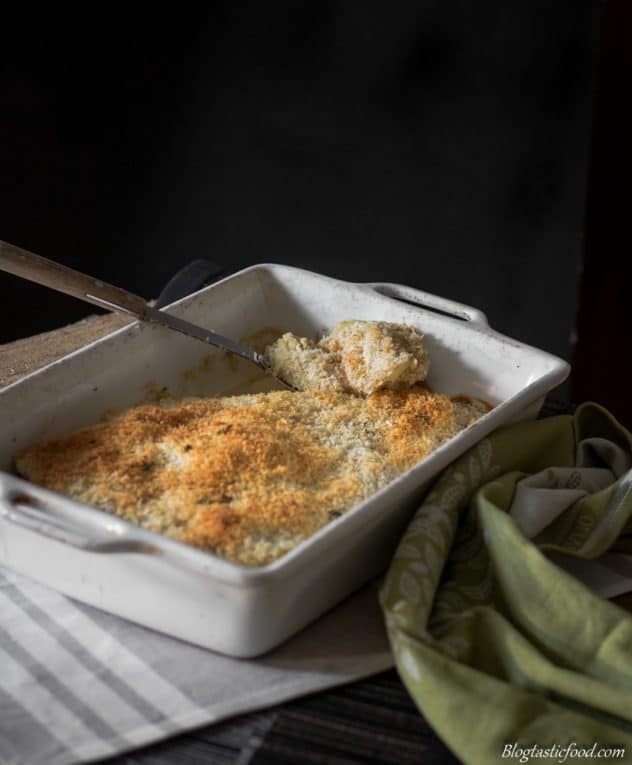 Potato Gratin usually relies on cream, eggs and cheese to make it rich and comforting, so attempting to transform it into a vegan dish was questionable. However, it was totally worth it because it worked!!

The potatoes were super tasty and the panko breadcrumb topping worked so much better than I thought it would.

What makes this dish “cheesy”?

I wouldn’t say that this dish tastes super cheesy, but it has a slight cheesy vibe about it. And it’s the nutritional yeast that helps achieve this.

Nutritional yeast has quite a strong flavour. So I would say that you don’t want to be shy with it, yet you don’t want to add too much of it either. You can use it to season pasta dishes, soups, sauces, you can sprinkle it over salads, it can be used in so many different dishes.

Nutritional yeast is also very good for you. It contains good minerals such as zinc and phosphorus. It is also a great source of proteins and B vitamins. And I hear a lot of talk about how it can be a struggle to get b12 if you are a vegan. So nutritional yeast can really help with this.

Any health food shop will sell nutritional yeast so I highly recommend giving it a go. Since it can make your food taste great and it’s really good for you, it’s a win-win. 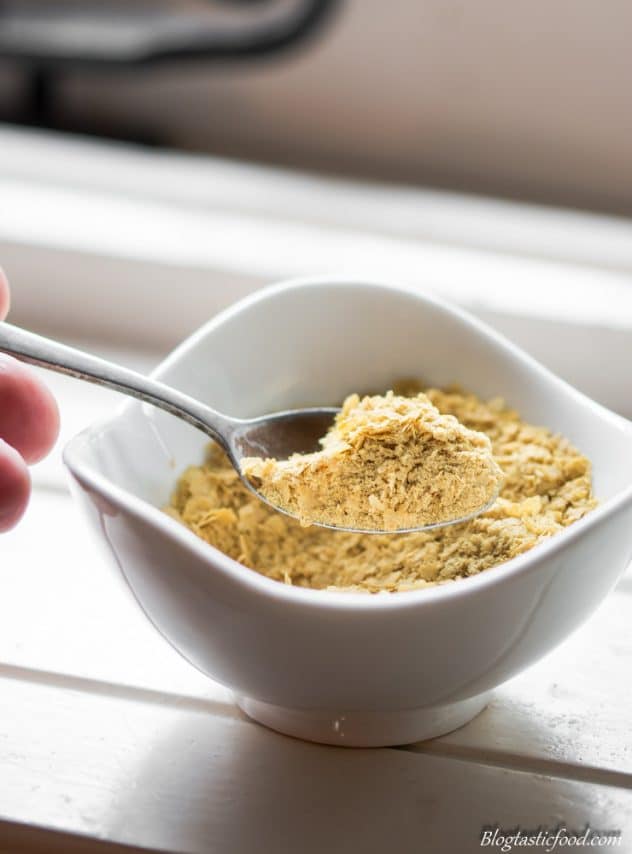 I simply just added it to the sauce….. 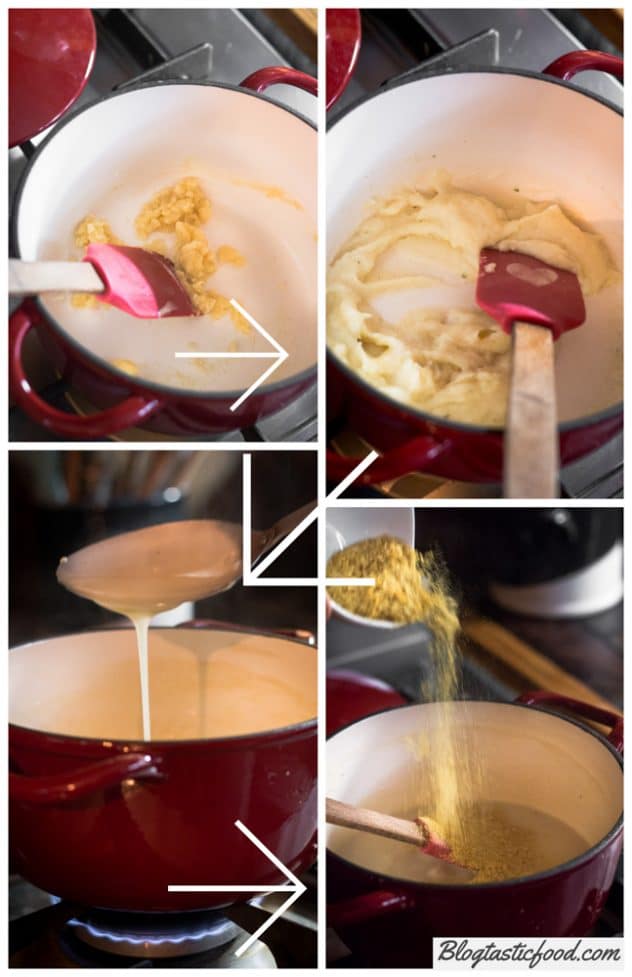 What potatoes should I use?

You don’t have to get too fussy about this because any potato will work. However, in case you were wondering I used royal blue potatoes, which is what I normally use because they are super versatile. They are great for mashing, roasting, baking, pretty much anything. 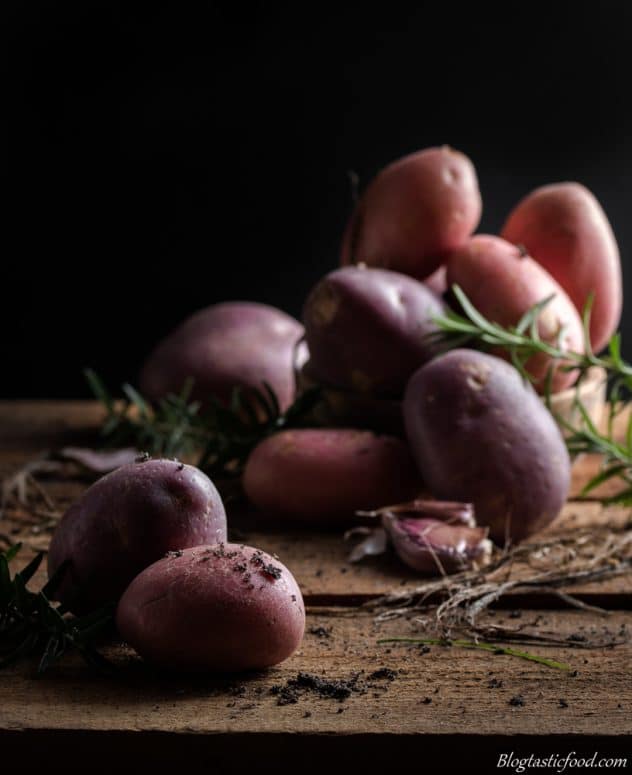 If you can’t get your hands on a royal blue potato, I highly recommend that you use a waxy potato. Such as Dutch crème or Nadine potatoes. Unlike a floury potato, a waxy potato holds it’s shape, which can be beneficial for a dish like this. 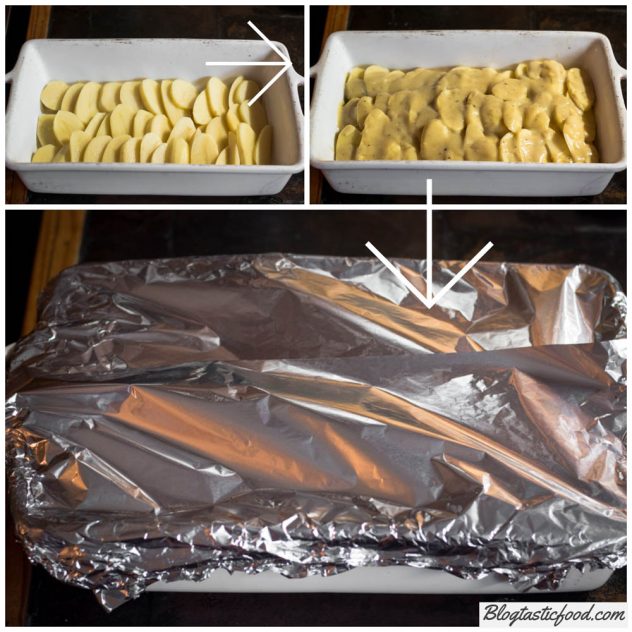 Why didn’t I use vegan cheese?

As much as I would like to experiment with vegan cheese one day, I was more focused on just making a great tasting dish. Rather than trying to make it as close to the original potato gratin as possible.

Although, if you really wanted to replace the panko breadcrumb topping with vegan cheese please feel free to do so. And if you end up trying this feel free to share how it went. 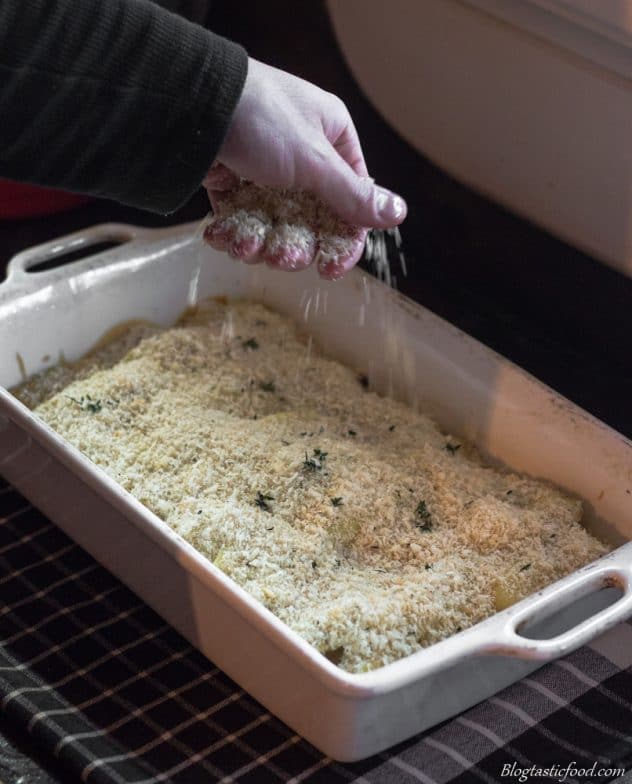 If for whatever reason you want to serve this vegan potato gratin with some class, you can also make these in mini baking dishes or ramekins. This could be a great idea if you are only serving this dish to a few people. 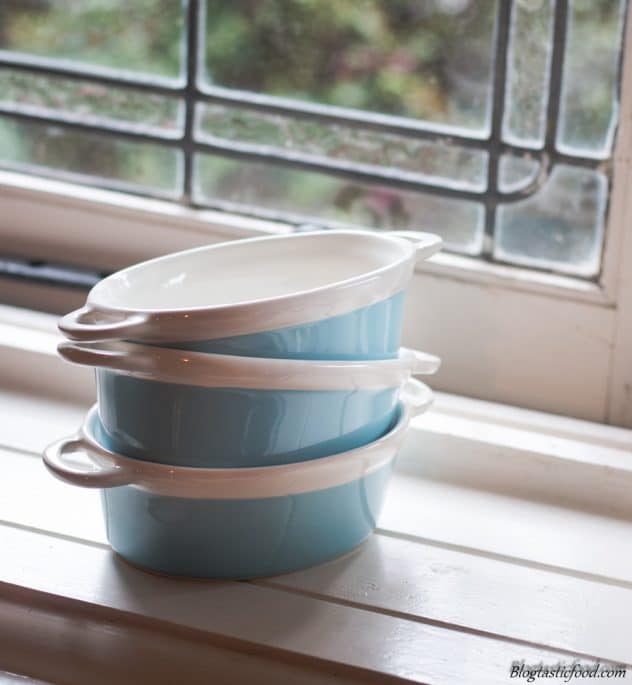 The cooking process is exactly the same when making a mini potato gratin, so you don’t have to change any steps. Although, as you can see in the collage below, I tried spicing up the sauce a bit this time by adding extra pepper, some cumin and paprika… 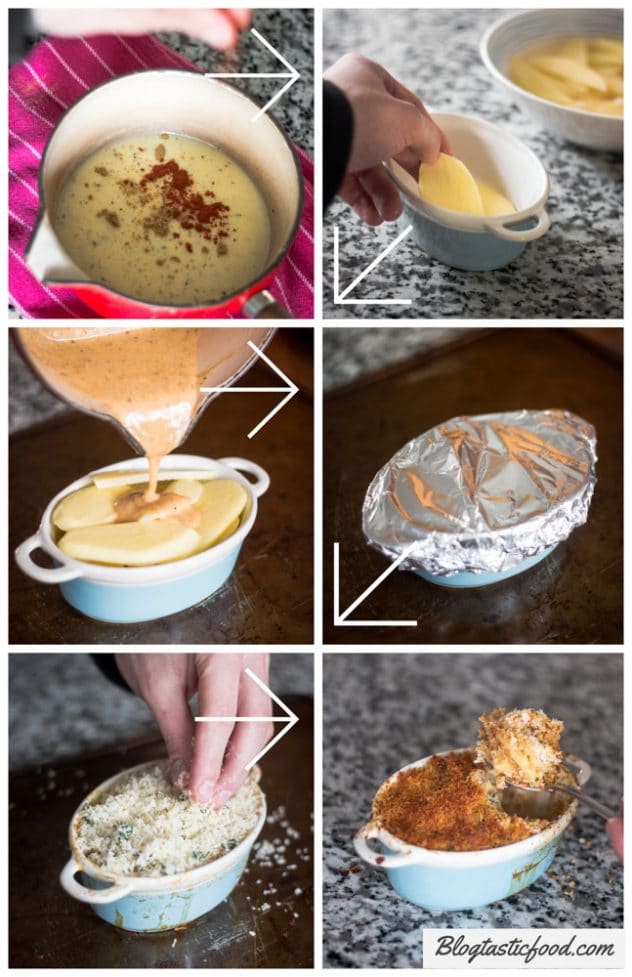 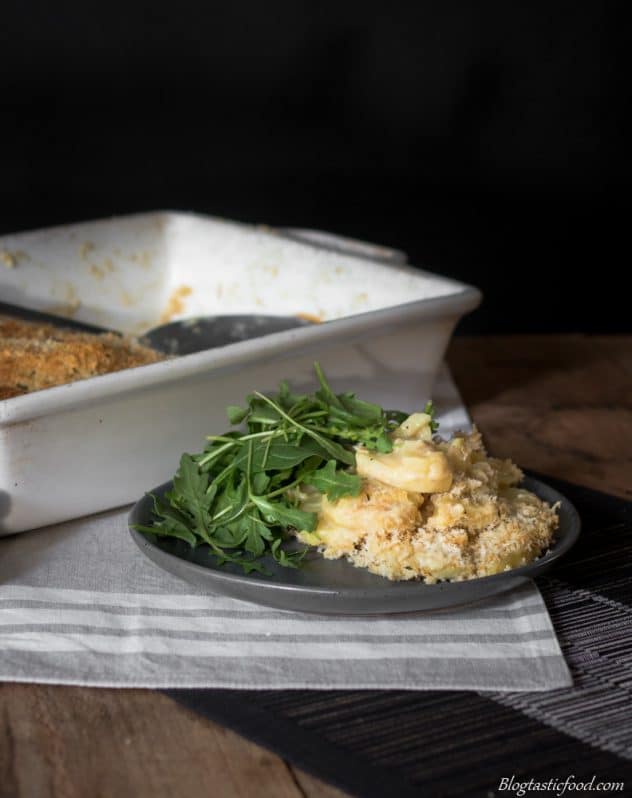 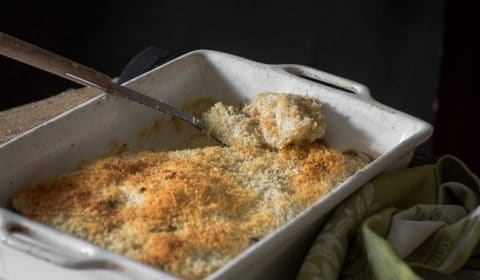 Creamy delicious baked potatoes topped with a beautiful golden panko breadcrumb topping. This dish will feed the family with no trouble.