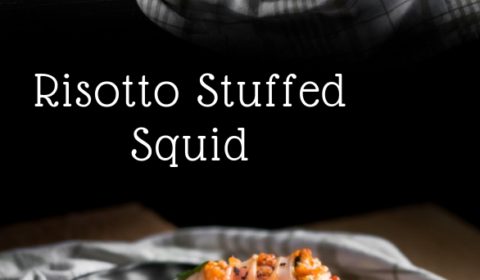 Beautifully baked squid, filled with the most delicious fennel and chorizo risotto. And if that wasn’t enough, it’s finished off with a simple tomato sauce. 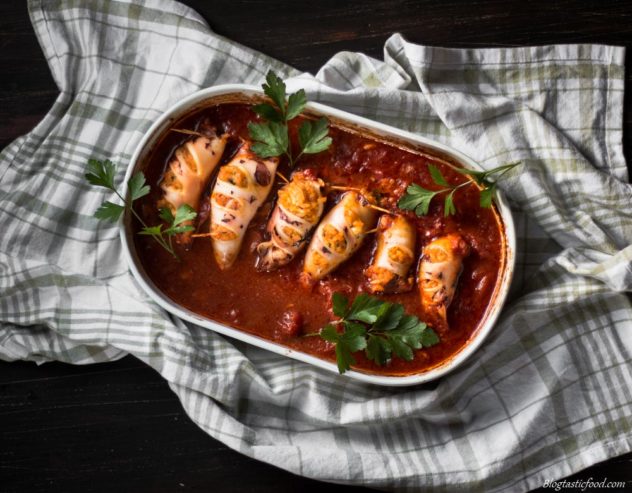 This dish is full of flavour, just think about the juices of the squid flavouring the rice inside as it bakes.

Could you use Calamari Instead?

Yes! The same rules for cooking squid apply for calamari too! And calamari is a bit more tender than squid, although it’s usually more expensive.

What else can I stuff squid with?

I went with risotto, chorizo and fennel, which made an epic flavour combo. However, you can stuff squid with so many ingredients. Chicken, octopus, pork, ground beef, shrimp, crab meat, capers, olives, peppers and the list goes on.

There are just so many other ingredients that work well with squid.

How to stuff squid

Once you have made the risotto, it’s time to stuff the squid tubes, which is very easy to do. First off, you simply use a toothpick to thread and seal the end of the squid tube that has the smaller hole. 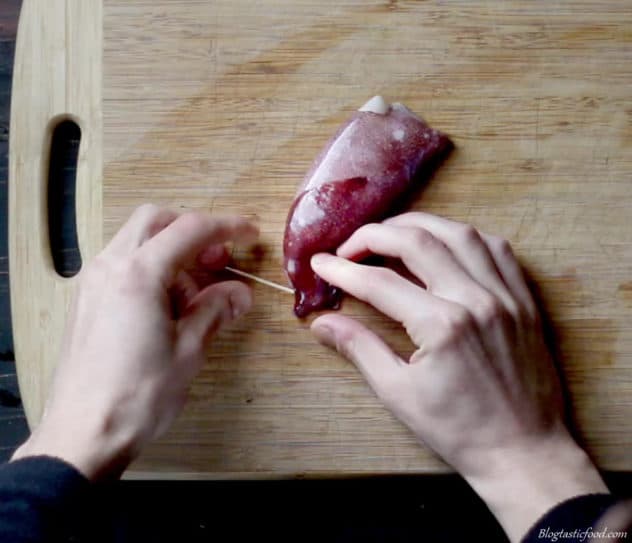 From there, you stuff the squid with your rice. 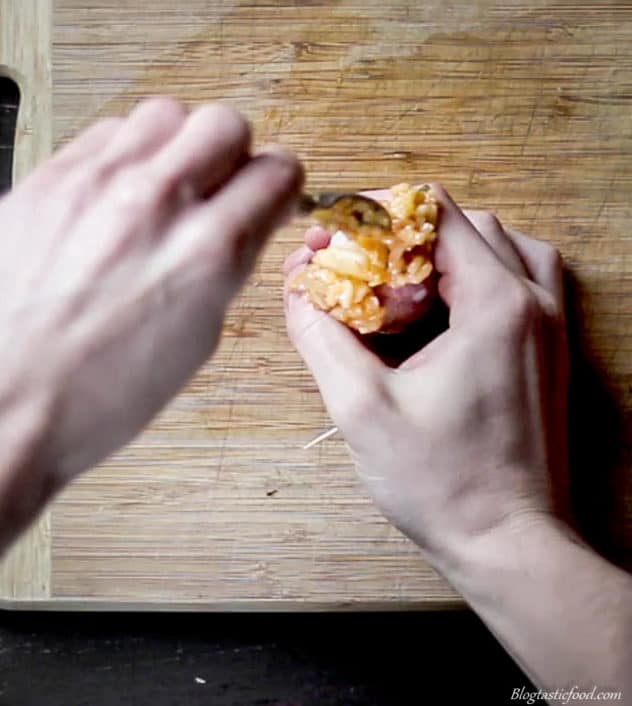 And then you just use a couple more toothpicks to thread the other end of the squid tube. 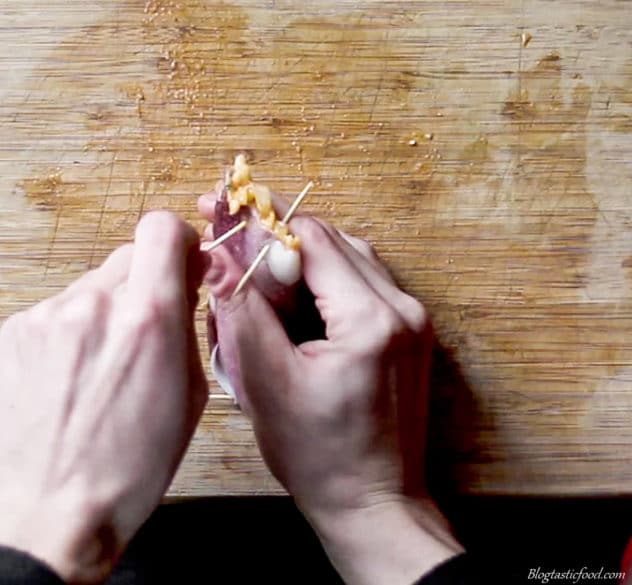 And it’s that simple! I like to use a sharp knife to score the top of the squid before I start baking it, just because it gives a nice presentation at the end. 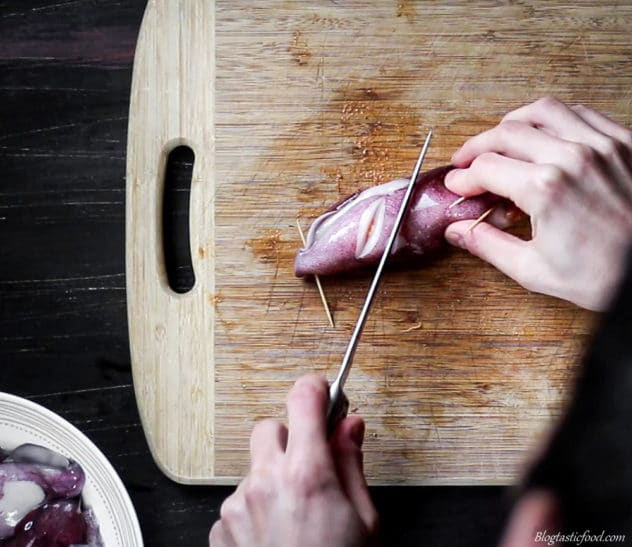 Can you freeze stuffed squid?

Yes you can, however, as I usually say when it comes to de-frosting food, defrost the squid in the oven and not the microwave so the dish doesn’t go soggy. Also, never re-freeze food.

What do I do with the tentacles?

If you have the tentacles of the squid, I would roughly cut them up, and then add them to the risotto before stuffing the squid tubes. Don’t waste them! 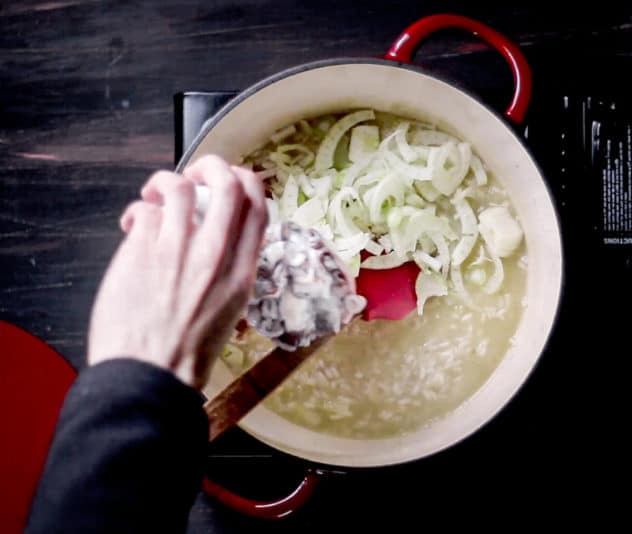 That would help give the stuffing an even more intense seafood flavour.

Nothing beats the flavour of lemon with seafood, so I made a lemon cream sauce (https://www.recipetineats.com/baked-fish-with-lemon-cream-sauce/) made by Magi from Recipe Tin Eats. 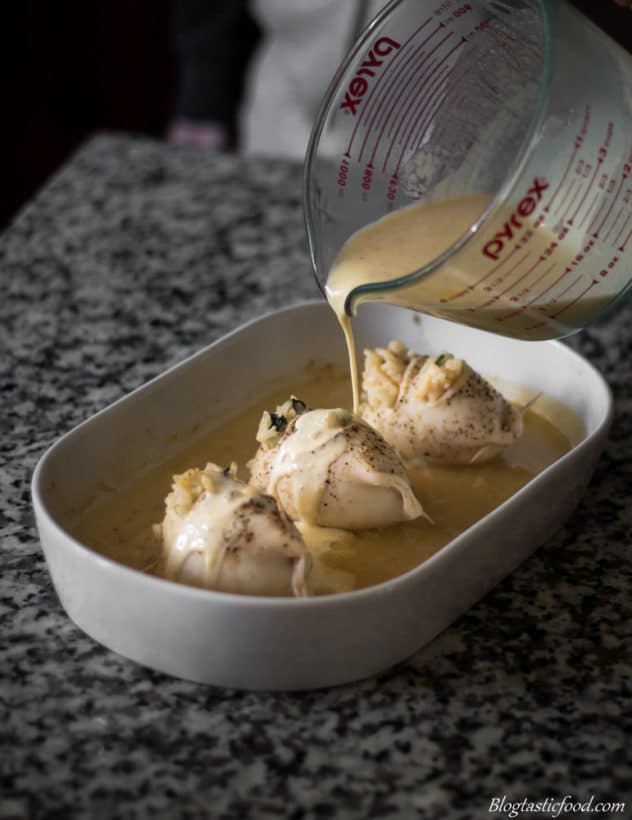 And it was absolutely beautiful!! This sauce works so nicely when baked with any other kind of seafood. Especially when baked with this stuffed squid becase I added the sauce after 40 minutes of baking, and then baked uncovered for another 20 minutes.

And it tasted incredible afterwards because the sauce was mixed in with all the juices of the squid. 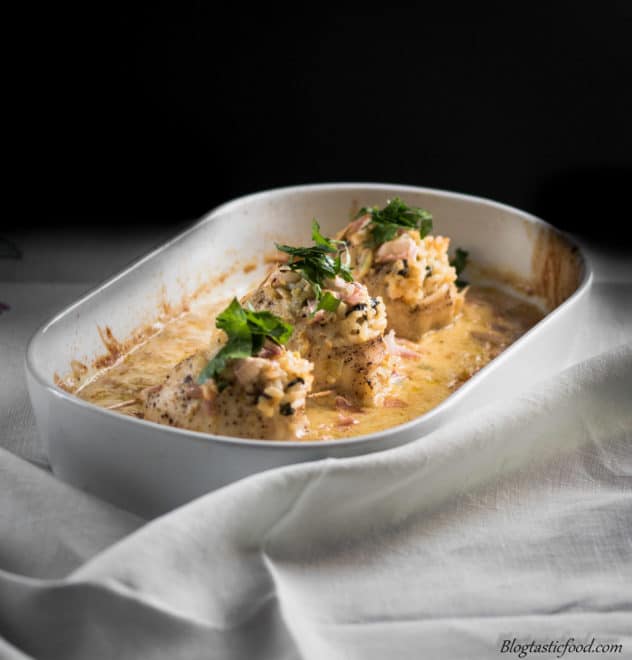 Way to go Magi! That sauce is spectacular!! 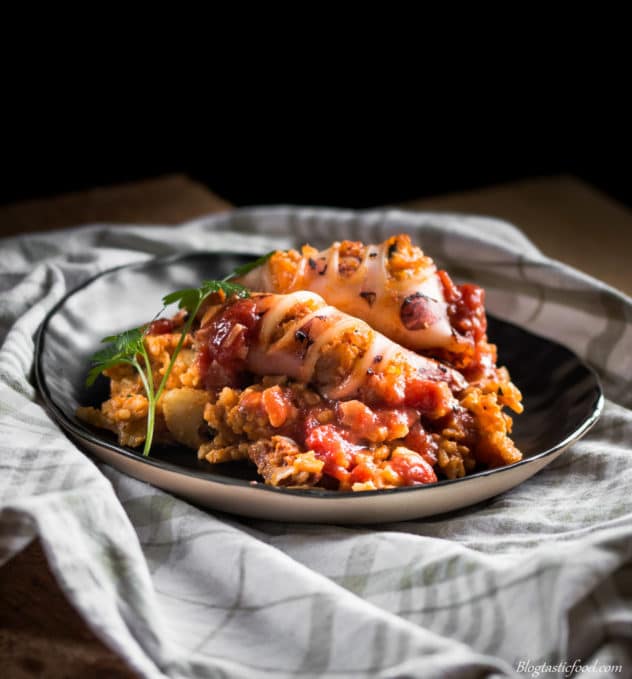 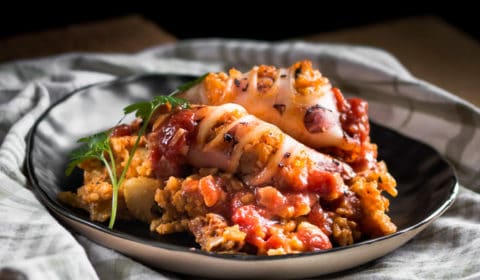 Squid tubes that are filled with chorizo and fennel risotto, then baked in tomato sauce. When you take that first bite, you will not regret making this.