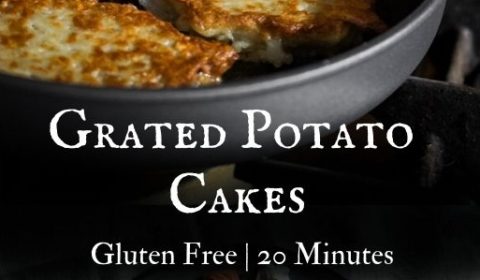 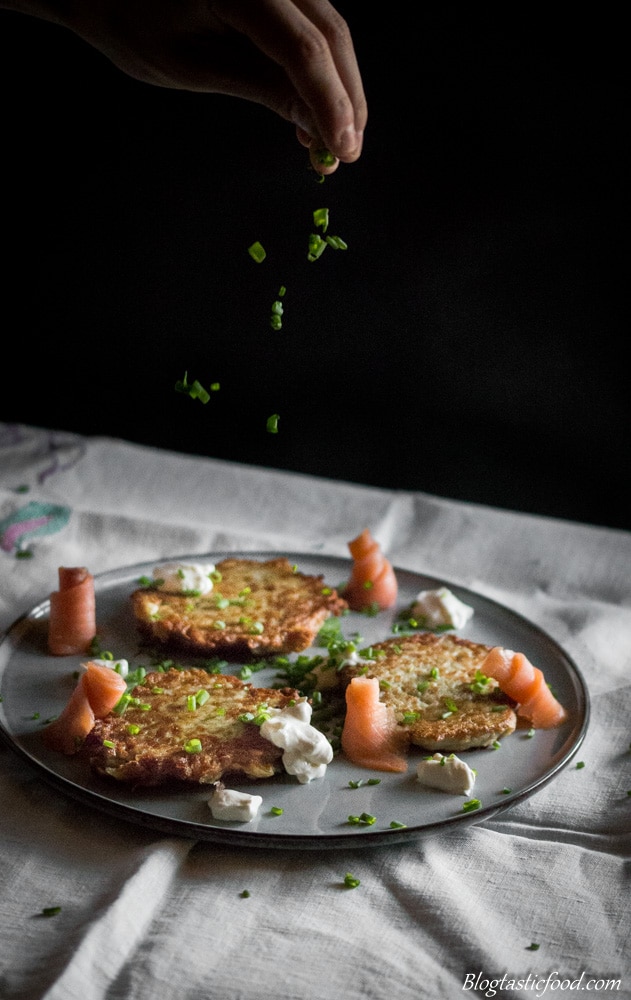 The perfect appetizer or side right here ladies and gents. And let’s be honest, when it comes to vegetables, it’s very hard to beat a potato. Especially when they’re prepared in a way that allows them to go so nice and crispy.

Which begs the question, how did I prepare them? Well, allow me to explain.

Did you grate the potatoes?

I most certainly did!! I am aware that the traditional way to prepare them is to boil them and mash them up instead. However, grating the potatoes is so much better in my opinion for 2 reasons. 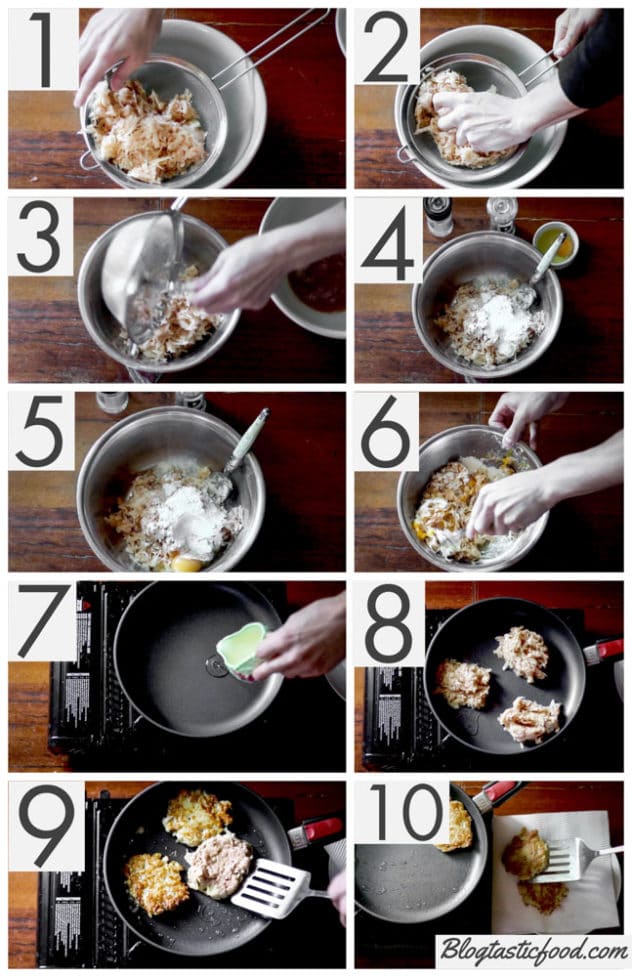 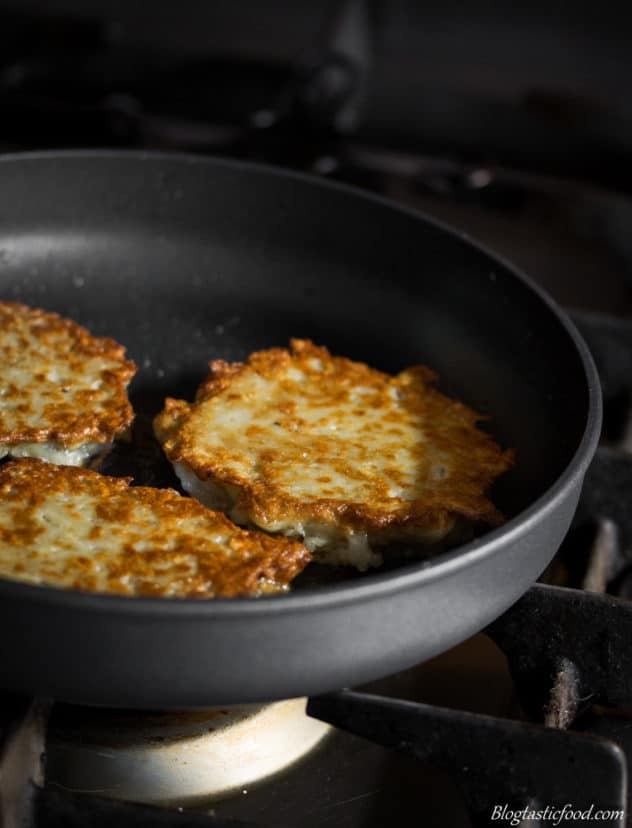 Now, as I briefly mentioned earlier, when you grate a potato and many other vegetables to make something like savoury cakes and fritters, it’s always a good idea to squeeze out some of the water content that the vegetable holds. Just so the mixture doesn’t get too soggy.

You don’t have to spend hours doing this, but just spend a good minute getting rid of that liquid. 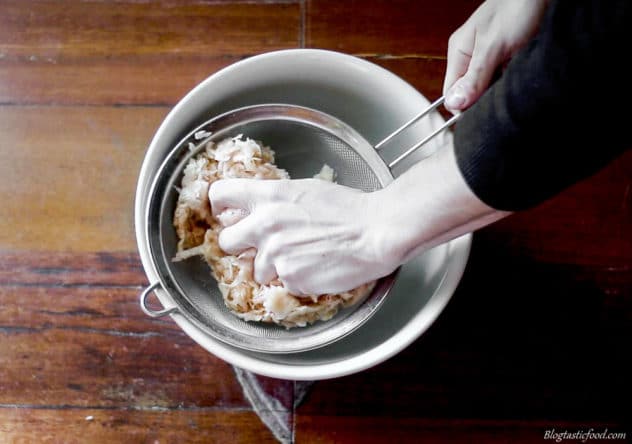 This is exactly what I did with the hash browns that I made, and if you want to check out the recipe post for those hash browns, click the link or the image below. 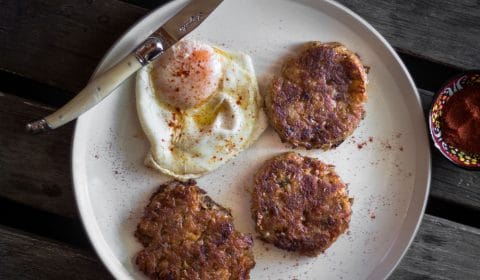 What is the difference between hash browns and these potato cakes?

It’s funny, I actually saw a lot of “hash brown” recipes on the internet, and they were made much like this recipe. Mixing eggs and flour through the grated potato to bind and help stabilise mixture as you cook it. And honestly, I would argue that this process doesn’t create hash browns, it creates potato cakes. Which is wonderful don’t get me wrong, it’s just not a hash brown.

A hash brown in my eyes doesn’t involve eggs or flour, it’s just the grated potato. From there you can add whatever herbs or spices you want, but I don’t use any stabilisers or binders to make a hash brown. I rely on the frying process and the starch in the potato to help bind it, but a hash brown doesn’t need to be as well bound as a potato cake. However, it does need to have that delicious, satisfying crispiness. 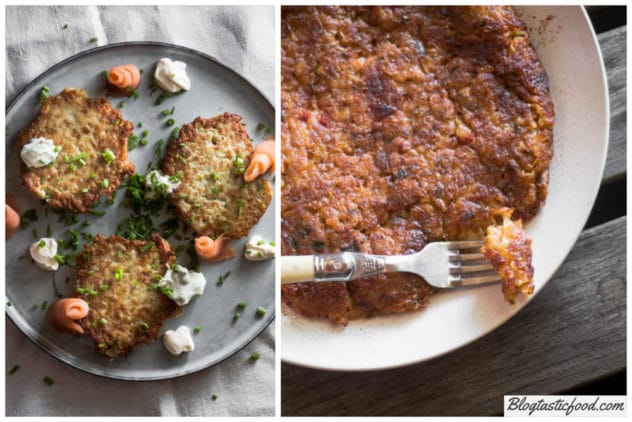 What if I am gluten-free? 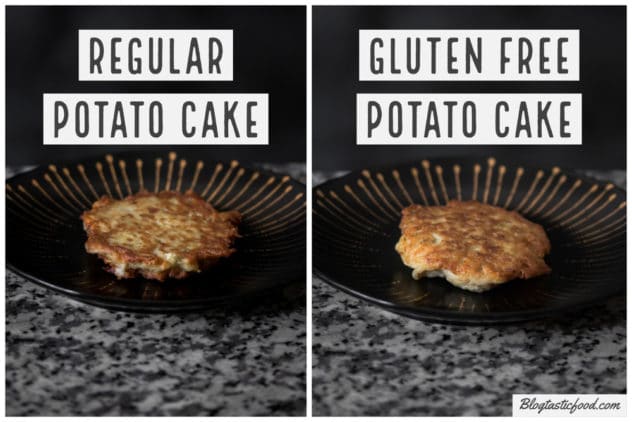 I would not say that 1 is better than the other, but they’re just different. And I still thoroughly enjoyed them. Although to be honest, with this recipe, there isn’t much of a difference. 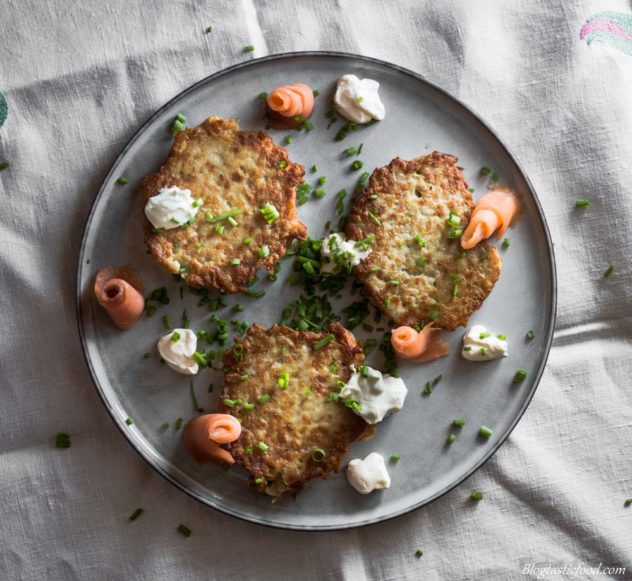 Thank you so much for reading through my post. If you want to subscribe, feel free to do so. You’ll receive a weekly recipe post, and you will also get a free E-book featuring 10 free recipes. Have an amazing day and enjoy the recipe. 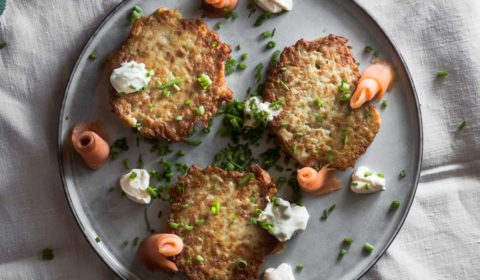 Amazing, delicious and crispy potato cakes. The perfect appetizer for any occasion. Very easy and quick to prepare.

If your a fan of potato dishes, perhaps you’d like to check out my guide on how to cook potatoes. 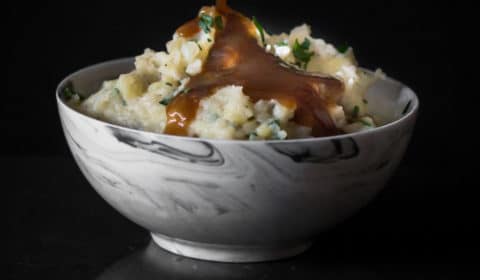